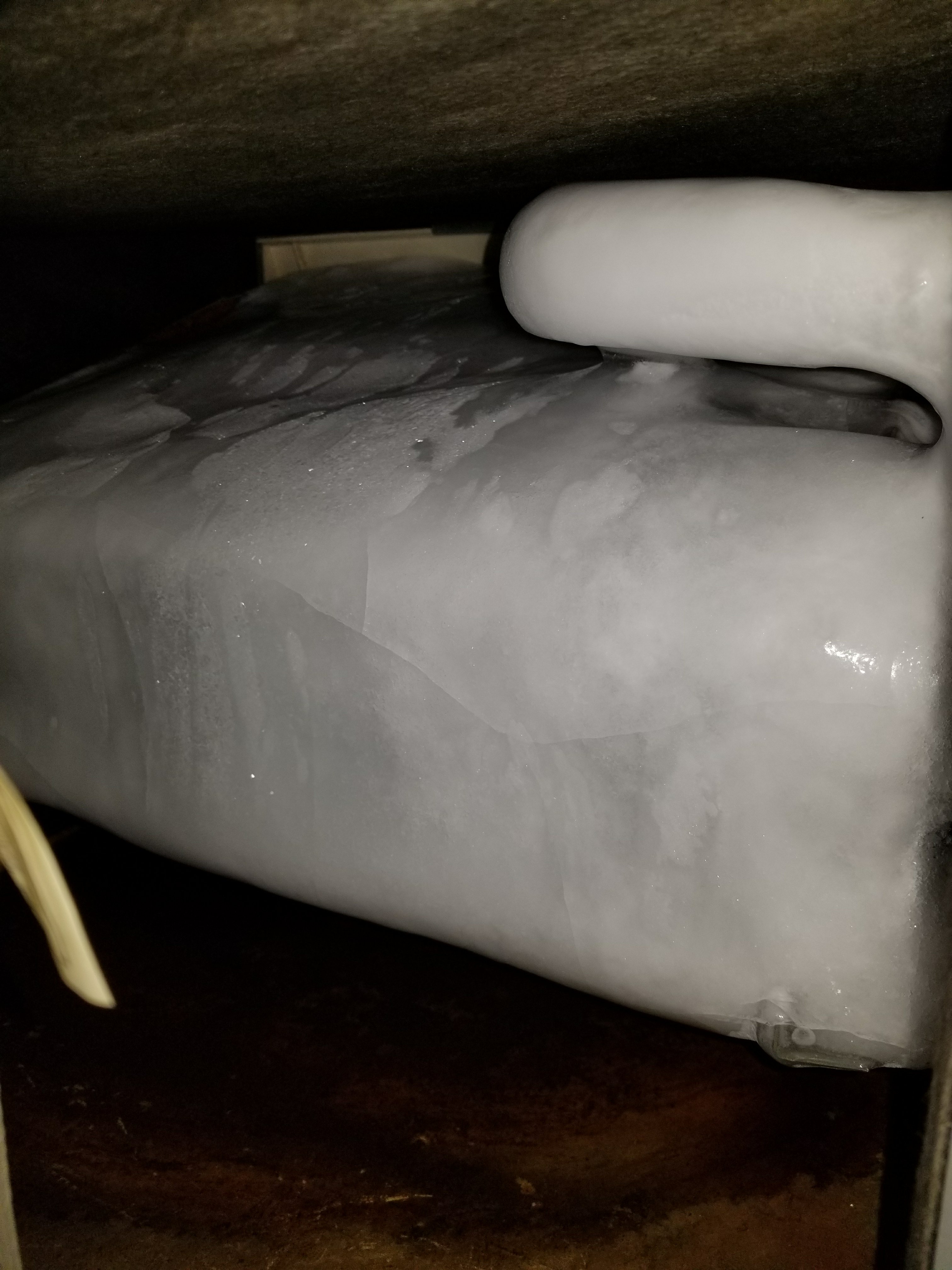 There seems to be a lot question and misunderstanding as to how often to chance air filters in central air system (hot air furnace heat).  Hopefully reading this will clarify some questions. First, allow us to explain the basics of mechanics of forced air system.  Each system contains a motor (blower), which is designed to spin at a designated rpm, which must generate a certain amount of air movement. Besides the blower there is also an evaporator coil.  The coil  contains refrigerant that boils of at subfreezing temperatures and requires a certain amount of airflow to keep it warm.  A filter is designed to allow air to flow through it while catching dust and dirt that is suspended in air.  This is a benefit to breathing air as it is cleaner and protects the evaporator from dirt.  Filters come in different levels of filtration efficiency and the higher the efficiency the less airflow they allow through them from the start.  Additionally dirt and dust accumulation create a form a layer around the filter creating an airflow restriction.  Sometimes this airflow restriction creates a bottle-necking in airflow and puts significant strain on the motor as well as an insufficient heat for the coil, which may result in motor failure and or coil freezing (picture bellow). This must be avoided at all costs.

So as to original question of how often to change the answer is not so simple as there are many variables including efficiency of filter (the more efficient the more frequently it must be changed) and other dust factors.  Carpeting contains a lot of dust as well as heavy foot traffic and pets generate more dust.  So the more dust in house the more often a filter must be changed.   The solution is quite simple, install new filter and check after two weeks. When the system turns on and the filter gets sucked in and concave (a sure sign of air pressure change), or filter shows a layer of dust or discoloration then its time to change.  If not wait a week and check again. Keep doing so until you notice any signs of a blocked filter. Some houses can be on one filter for 3 months and some houses only 2-3 weeks. Its is up to the homeowner to determine how often. Please do not rely only on the serviceman to change your filters once a season as it is not enough for any household. Picture below shows a frozen coil, one of many we encounter throughout the summer season. 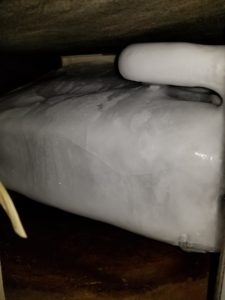